It’s felt like a while since I wrote a blog article. Post production is going well but everything takes longer than you would like it to. I spent the first 4 weeks of our time in Kenton cutting and doing VFX for our short narrative film. We had to shoot some of our scenes on green to get the look that we wanted. We’ve also bee doing sky replacements and in some scenes changing the colour of walls from lime green to something in our colour pallet. We have a first draft edit of the short, which is exciting. We’ve sent that off to a few people to get some feedback, but we already know that we need to shorten it by 6 minutes. We also want to change the opening to the film. We’ve put it aside for a while to come back to it with fresh eyes. Along with the final edit for the short we would also need to tackle colour grading, sound design and music. 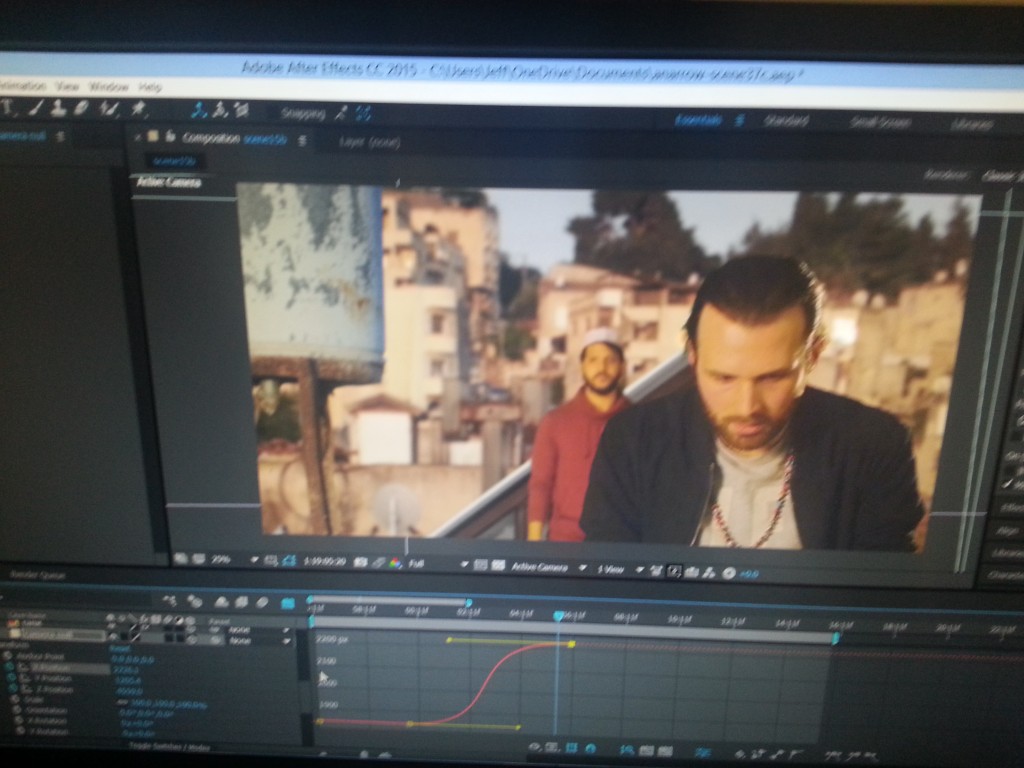 Most of these screenshots above have rough colour grades that need refining.

Since getting the first draft of the short film done we’ve shifted focus on to the ‘studio’ part of the documentary. If you’ve been following the project through development you might remember that the film has 3 parts each representing a personality of the trinity. The studio interviews represent Father God, as a result we wanted a clean look with a lot of white. We also wanted to have a setting that reflected the creativity of God. As a result we made a miniature studio with props and set dressing made out of paper. 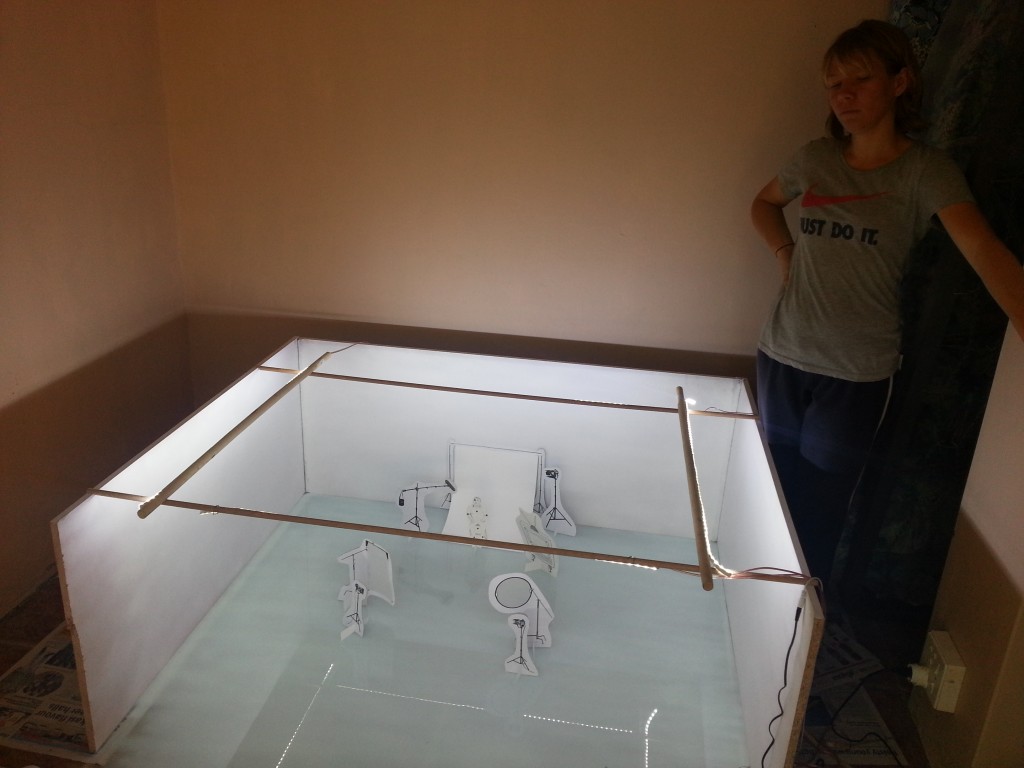 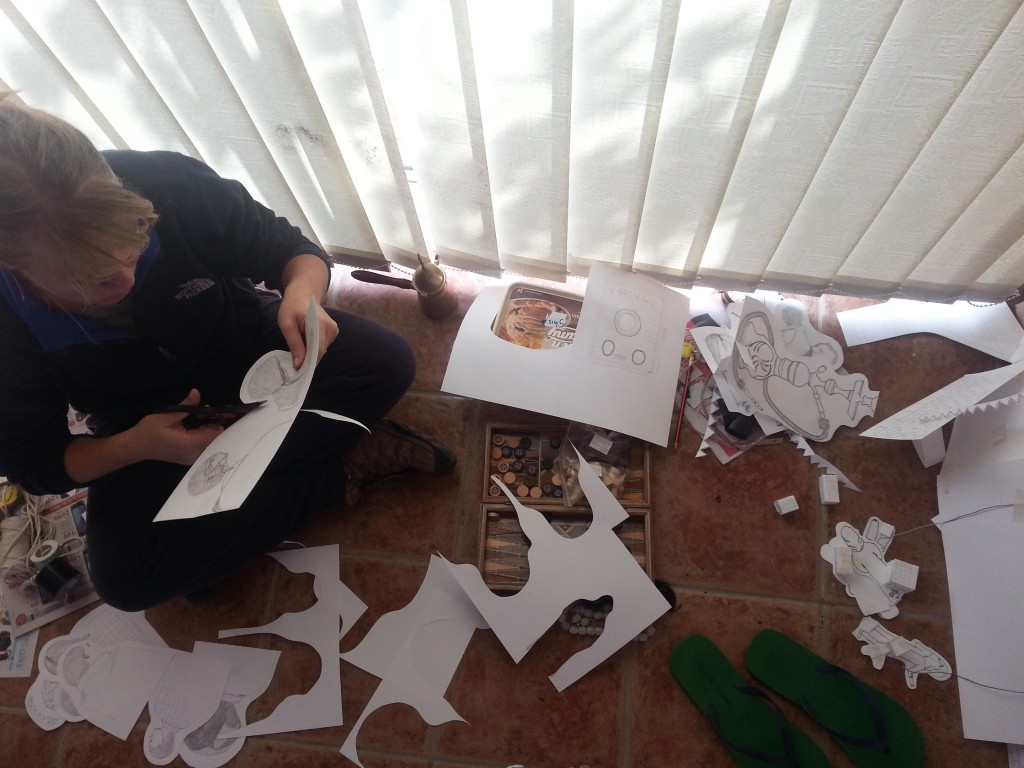 With this studio we’ve composited in the sections of interview we intend to use (we actually shot some of our interviews in portrait with this use in mind). 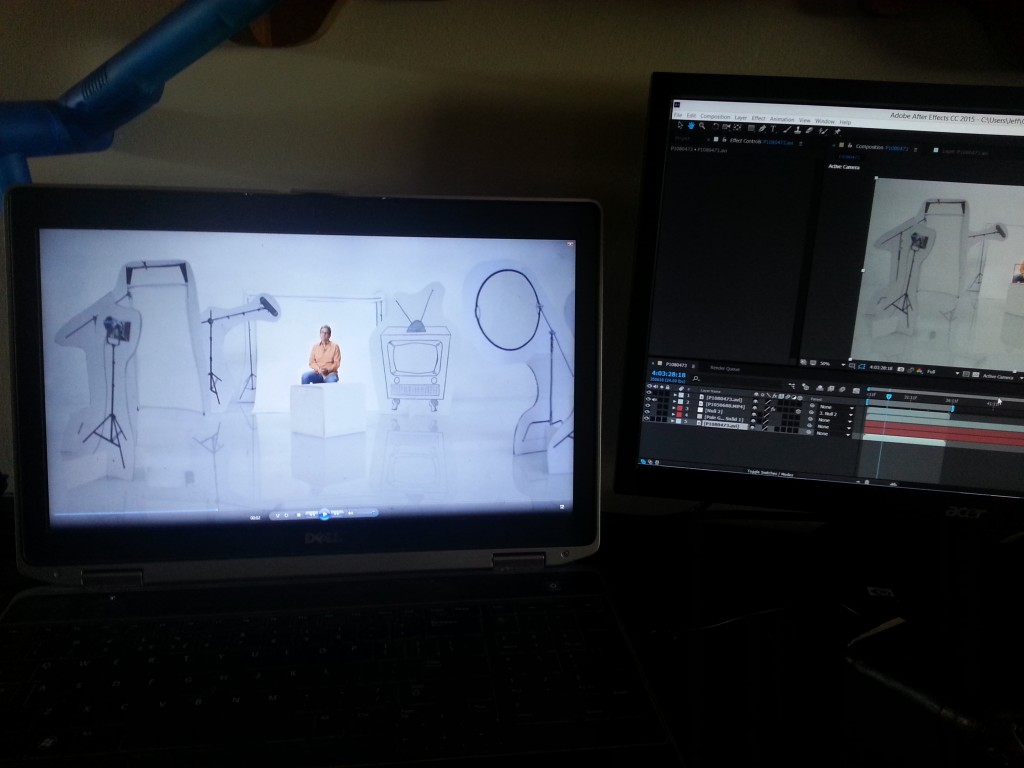 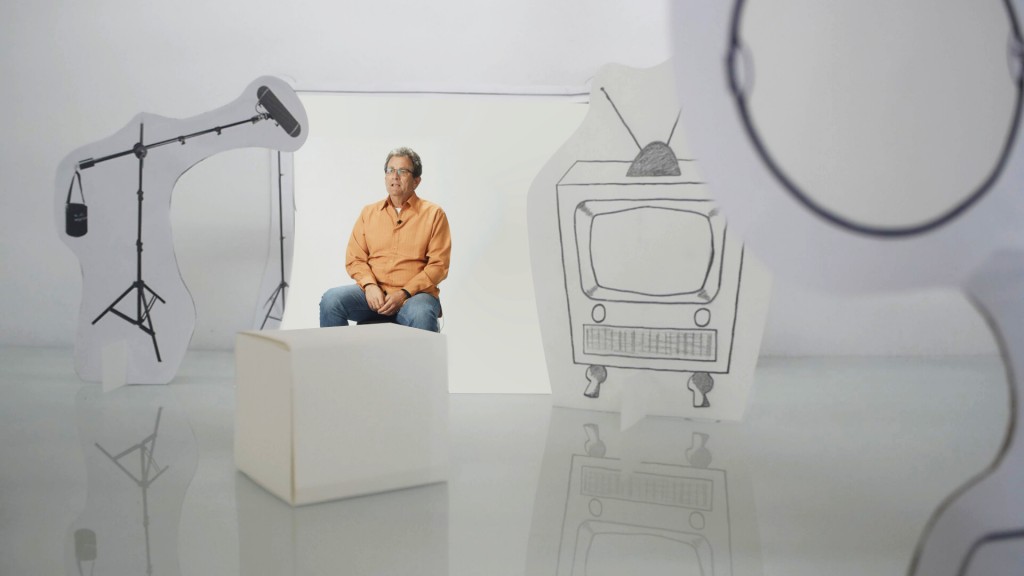 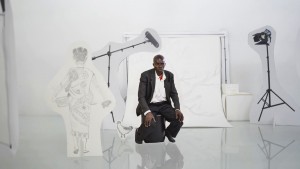 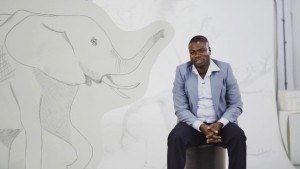 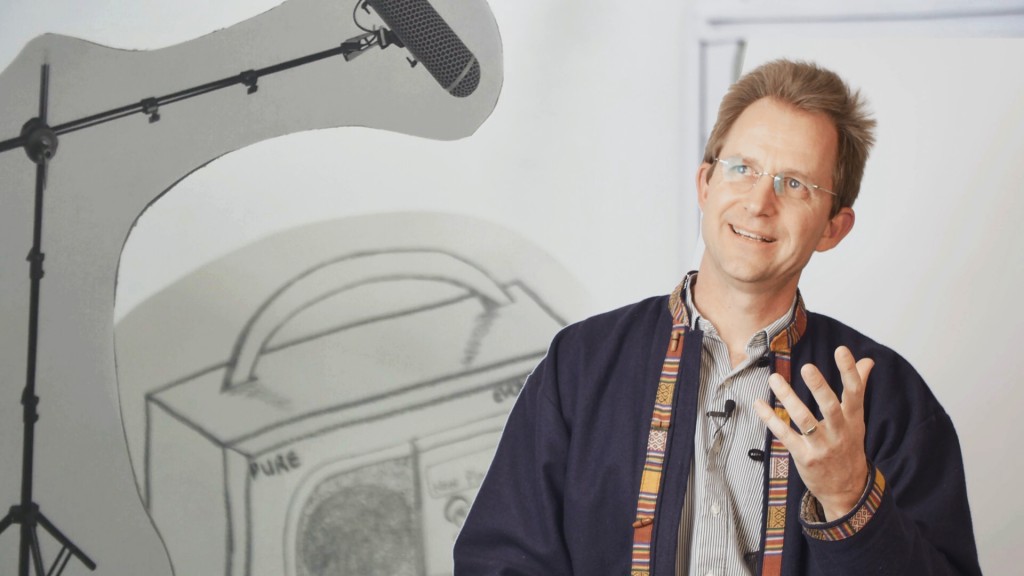 We’ve also used to the father God studio for a dream sequence for the narrative film. 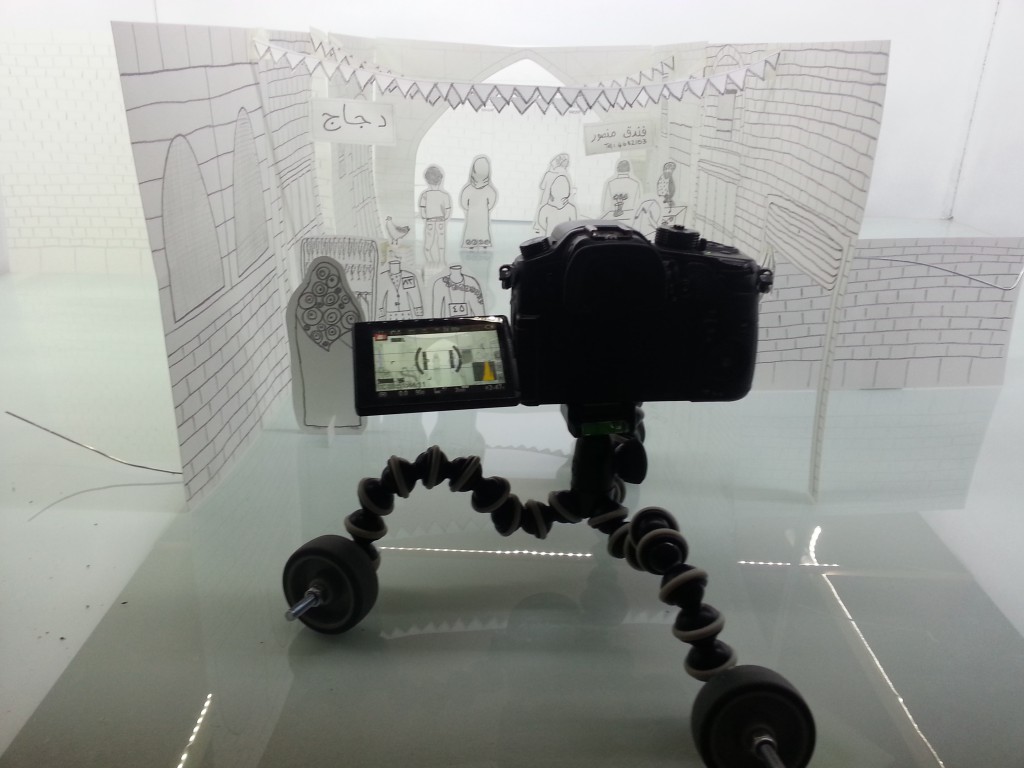 These scenes took quite a lot of effort and Anneen did a fantastic job with scene dressing.

Just this week we’ve also been thinking about the title sequence for the film. We’ve been playing around with forced perspective which has been getting some cool results but quite a bit of work to figure everything out. 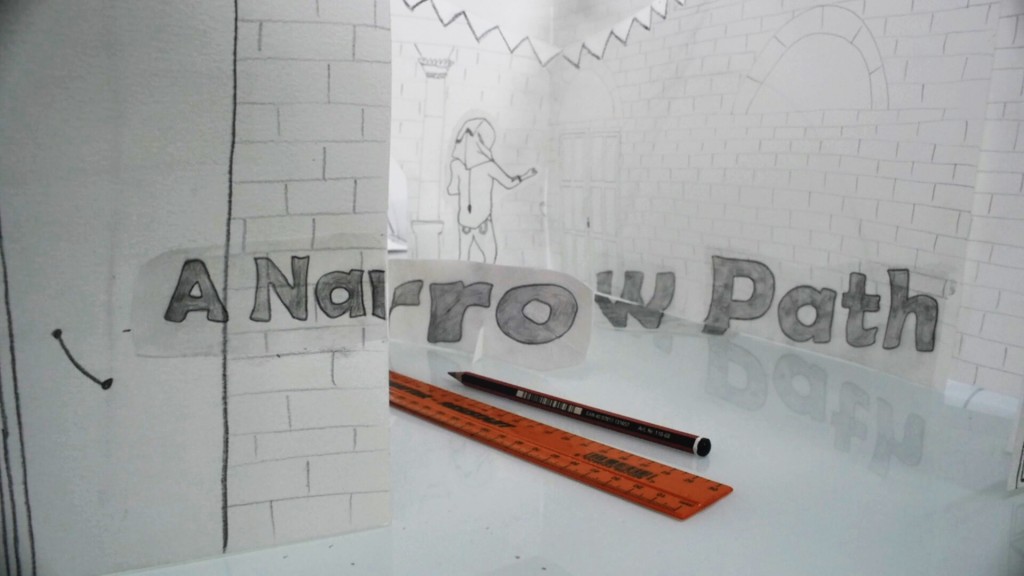 The father God interviews should be finished within the next few days which means a shift of focus on to the last component of our film, the Holy Spirit content. This represents also half of the film, but on the plus side there shouldn’t be any VFX / compositing (which is the real time killer).

All in all things are going well. We’re a bit behind and still hopeful to finish post before the end of the year. We’re not 100% sure distribution will happen before January, we’re working hard to get everything finished.

Some prayer points:
– We’ll really capture God’s heart whiles assembling everything we’ve shot
– We would love a music composer to collaborate with
– Anneen’s started looking for work and we need God to give us direction and open doors
– I’m trying to figure out if my next step is full time in film, a mixture of film and IT or just IT
– We’re getting a little bit burnt out
– Finances are a bit tight